Gerry Cinnamon, Ian Brown and Catfish And The Bottlemen headline

For the first time ever, Neighbourhood Weekender have announced a very special, brand new additional Friday night main stage show to the festival proceedings on 28 May 2021. Headlined by Gerry Cinnamon the line-up also features stellar artists including Circa Waves, The Zutons, Jade Bird and Orla Gartland.

Ian Brown and Catfish And The Bottlemen have been confirmed to headline Saturday and Sunday night Neighbourhood Weekender at Victoria Park, Warrington.

Following his incredible main stage set at Neighbourhood Weekender last year, Gerry Cinnamon will return in May 2021 for a massive headline performance. His continuing ascent is one of contemporary music’s most outstanding stories. The singer songwriter has become a phenomenon since his gold certified self-released debut album ‘Erratic Cinematic’. Gerry Cinnamon has become a sold-out stadium and arena-filling headliner all the while achieving it entirely independently. Relatable with irresistible melodies, he has taken home grown Glasgow tales to the UK and now the world. An already legendary live performer, his inimitable shows are infamous for their wild atmosphere and joyous mass fan singalongs. His second album ‘The Bonny’ went straight to number one earlier this year and is still one of the top selling records of the year.

This huge hometown return for Ian Brown will be his first major solo headline performance in almost a decade and also marks four years since The Stone Roses took over Manchester’s Etihad Stadium for four nights. Ian Brown released his self-produced album, ‘Ripples’ earlier this year to major acclaim, The Guardian describing it as “a beguiling, anthemic return.”

Please note the line up is subject to change. 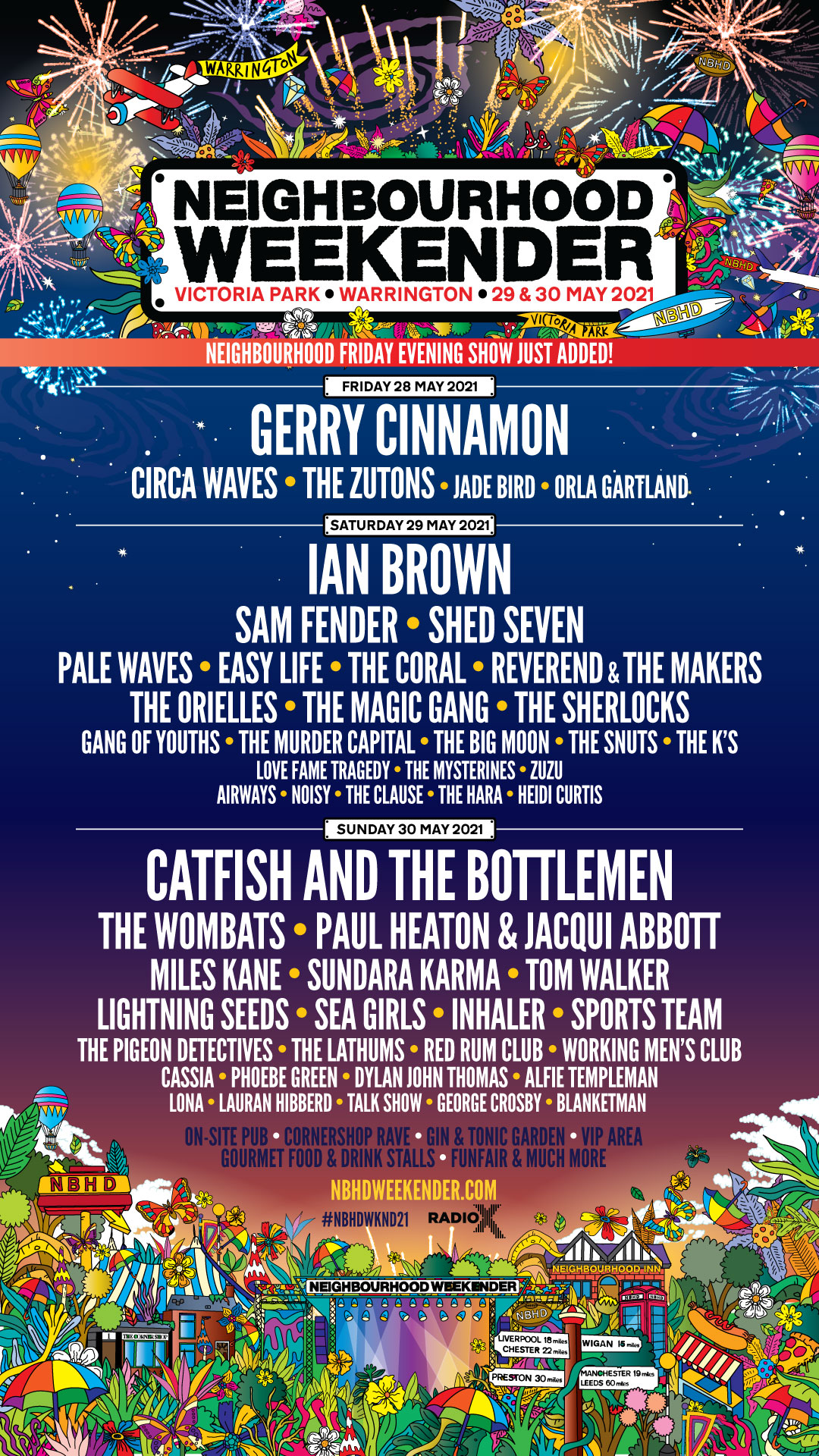